This week was rough. On Tuesday I wasn't feeling well, but I paid for the track workouts so I went anyway. It was pouring rain and gross. On Wednesday, I still didn't feel well, so I took a day off. By Thursday I was feeling better, but we had a pretty major snowstorm (at least for TN) and I didn't feel safe running outside or driving to the gym for the treadmill. Saturday's run was really hard, but I'm proud that I did it. I had to dodge snow and ice for the first half of my run and by the end of it, I was running through so much water because it had melted.

I'm just not in it mentally right now. I've got a lot going on outside of running and I think it is making it really difficult to be mentally focused when I'm running. Everything going on is good, but it's a lot. Especially on my 16 miler, there was way too much time to get down on myself and then the run got really hard.

However, after all that negativity, I'm very excited for my race next weekend! 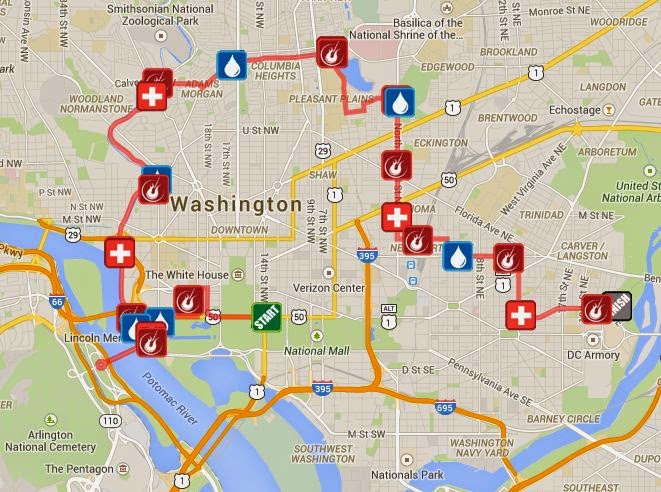 I'm hoping that running slightly less miles (13.1), plus running in one of my favorite cities will break me out of this funk. It looks like it could be rainy, but I think I can deal with that.
I will post tons of pictures and a recap next week. Wish me luck!
Posted by Unknown at 6:00 AM