I have done way more running this year than I ever have before! I'm going to do a brief recap of the races I ran and then my favorites for the year!

January: I started running again. I had run throughout college, but had gotten out of it (and gained a lot of weight).
February: I ran the Hot Chocolate 5k. At the time, it was a huge accomplishment! I was very proud of how I did. I trained completely on the treadmill and it was a very cold race. I don't remember my time, but it really didn't matter at that point. March: I ran the Nashville Predators Fangtastic 5k with my husband. I was deep into training for a half marathon, so this was a surprisingly easy race. It was very fun because we got hockey tickets in the goody bag. My time was 40:00. 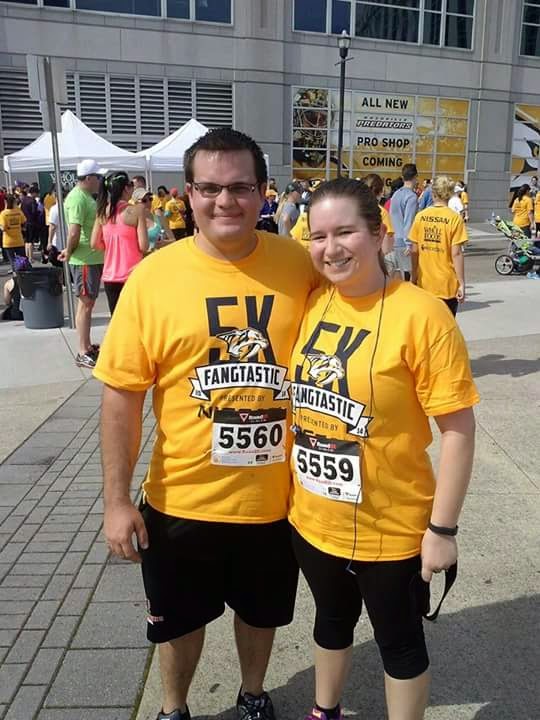 April: I ran the St. Jude Country Music Half Marathon in 2:58:30. My goal had been under 3 hours so I was ecstatic. It was a warm day and an extremely hilly course, but I was so excited to have completed my second half marathon. 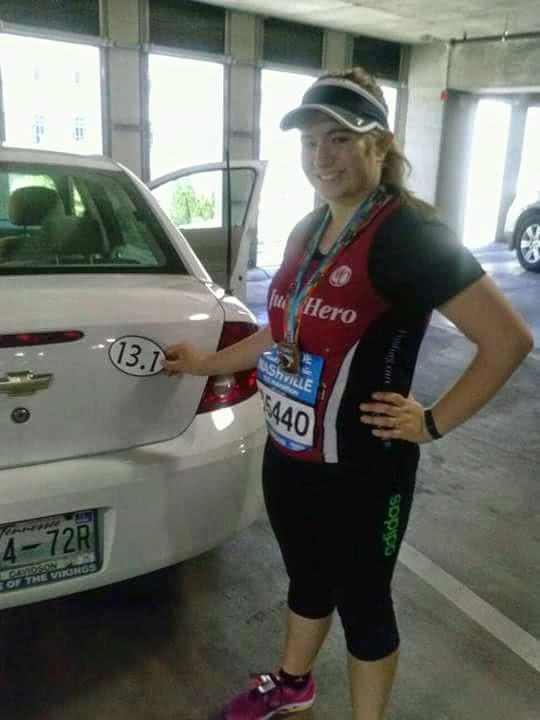 May: This was intended to be my recovery month. However, I ran the Home Run 4 Miler which included baseball tickets in the goody bag. It was a very fun race and I felt wonderful. It even rained a little so I felt really hardcore.I also ran the Titans 5k with my husband. We got football tickets that we will be using very soon! 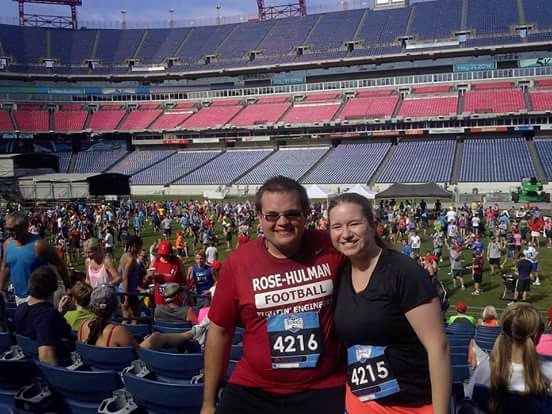 June: June ended up being my off month. I continued to run, but no races.
July: I ran two races in July. The first was the Music City 4th of July 10k. I ran it in 1:16:14. This one was very difficult for me. I think I put too much pressure on it because it was my first 10k ever and it was a very warm day. Later in the month, I ran the Goodlettsville Classic which was a 4 miler. This was one of my favorites. Again, I don't remember my time, but I do remember that I got first in my age group! (So what if there were only two people in my age group, it counts). 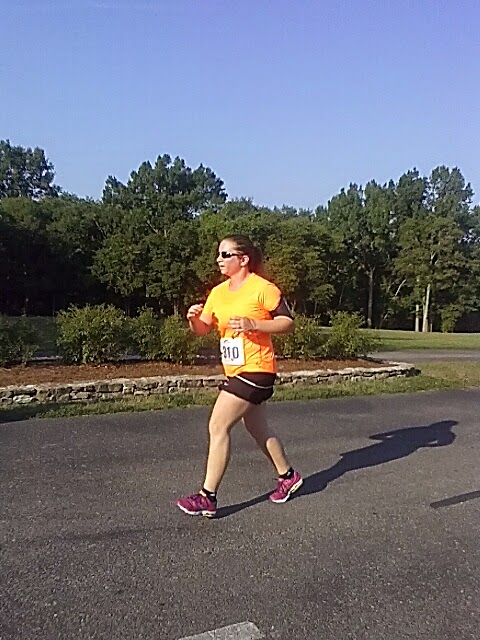 August: I ran my second 10k this year at the "It's Just a 10k" race. I ran it in 1:15:09. This was sort of a random race I decided to do and it ended up being great!
September: I ran the Women's Running Series Half Marathon in 2:50:12. It was a great PR run and made me realize that a half marathon is in my grasp. It no longer intimidates me like it used to. That's when I realized I'd be up for a full marathon in 2015. 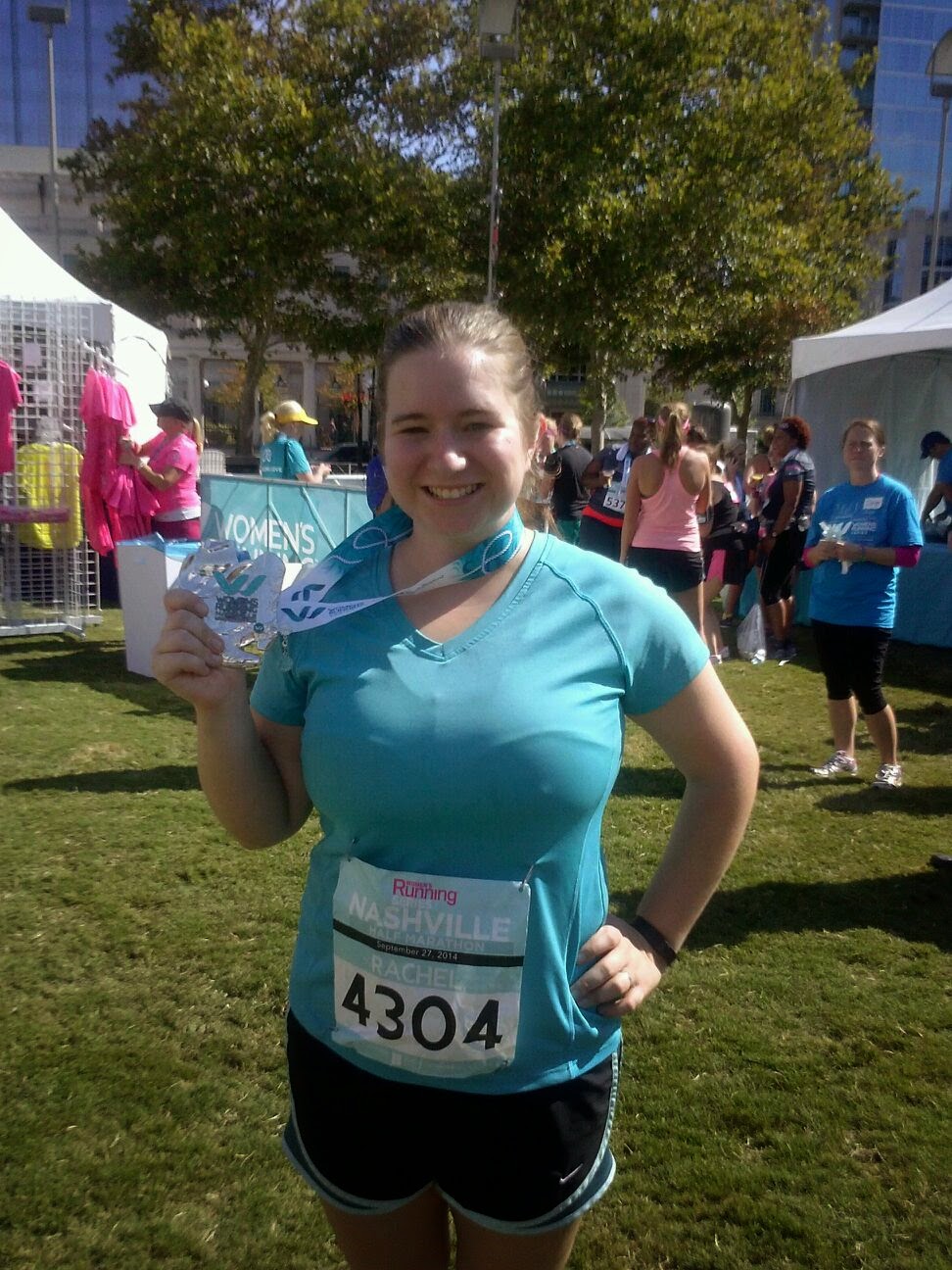 October: I got to run the Chocolate 5k with my husband and my brother, Josh. It was a very not serious race and we had a grand ole time gathering chocolate. However, later that week, I sprained my ankle while lifting weights. Not a fun time. I had signed up for the Komen Race for the Cure, but my husband ended up running it for me (thanks). 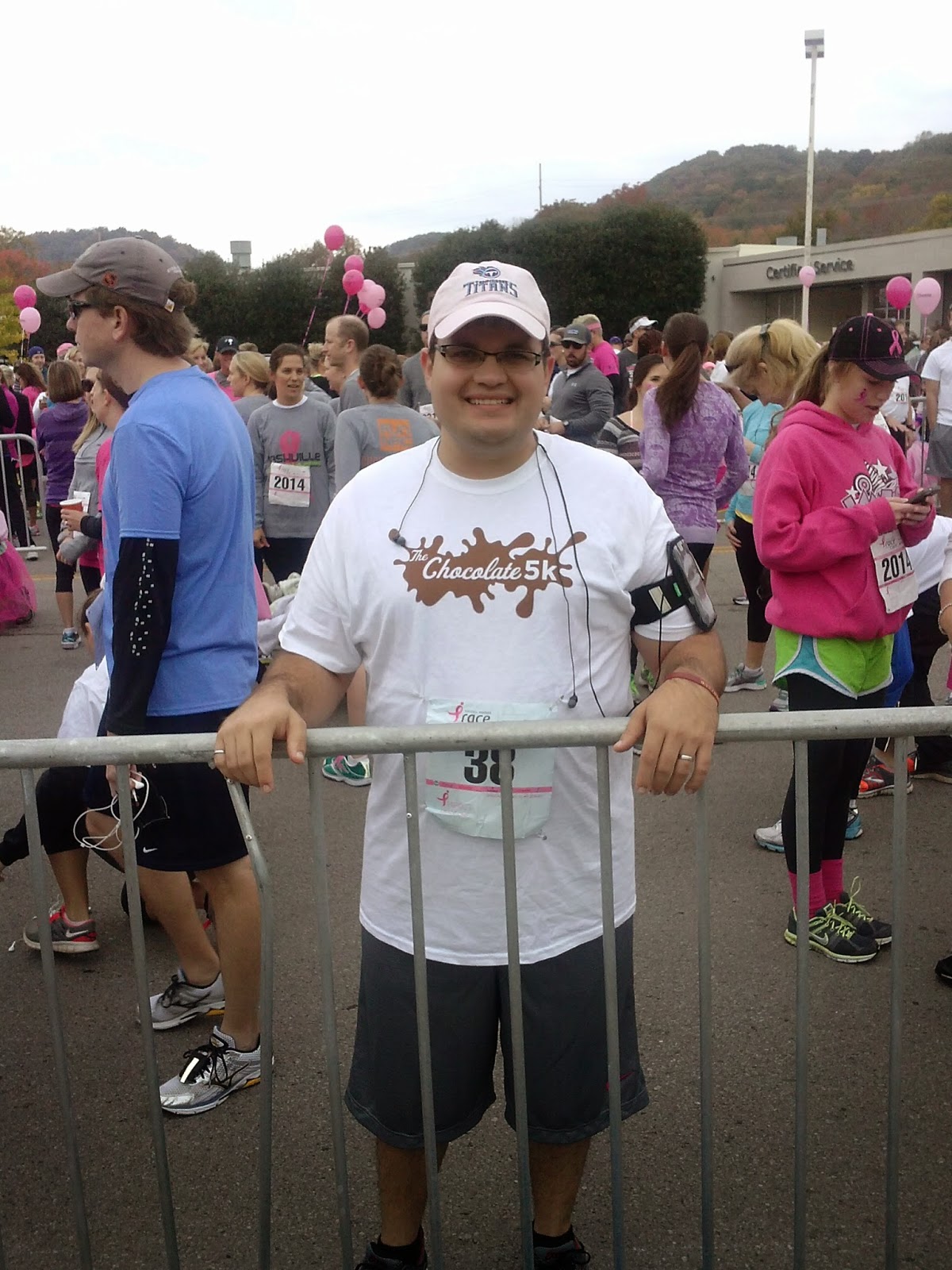 November: While continuing to recover from stupid ankle, I volunteered at the Music City Thanksgiving 4/8 Miler. Very cool experience!
December: No races this month, but starting on the 22nd, I will officially be in marathon training.

Favorite race this year:
St. Jude Country Music Half Marathon (that's why I signed up for double the suicide fun this year!)

Favorite Accessory:
I discovered the Powerbar Performance Energy Blends this year and they are wonderful. Also-Enell Sports Bras. Nuff said there.