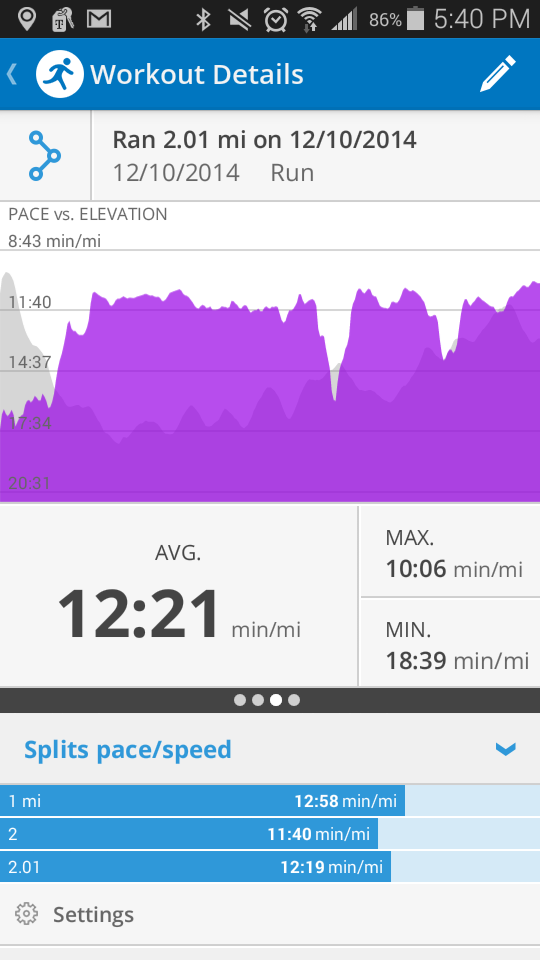 I decided to give you a different view of my run so you can all be amazed at the hills I deal with. And this is a flat route.

As you can see, my second mile was dangerously close to where I was running before Stupid Ankle. It was a very encouraging run and made me feel like I could get to where I was at some point. Still need to speed it up a bit, but still not too worried. Now for some pictures I know you all want to see, my sweaty selfie! 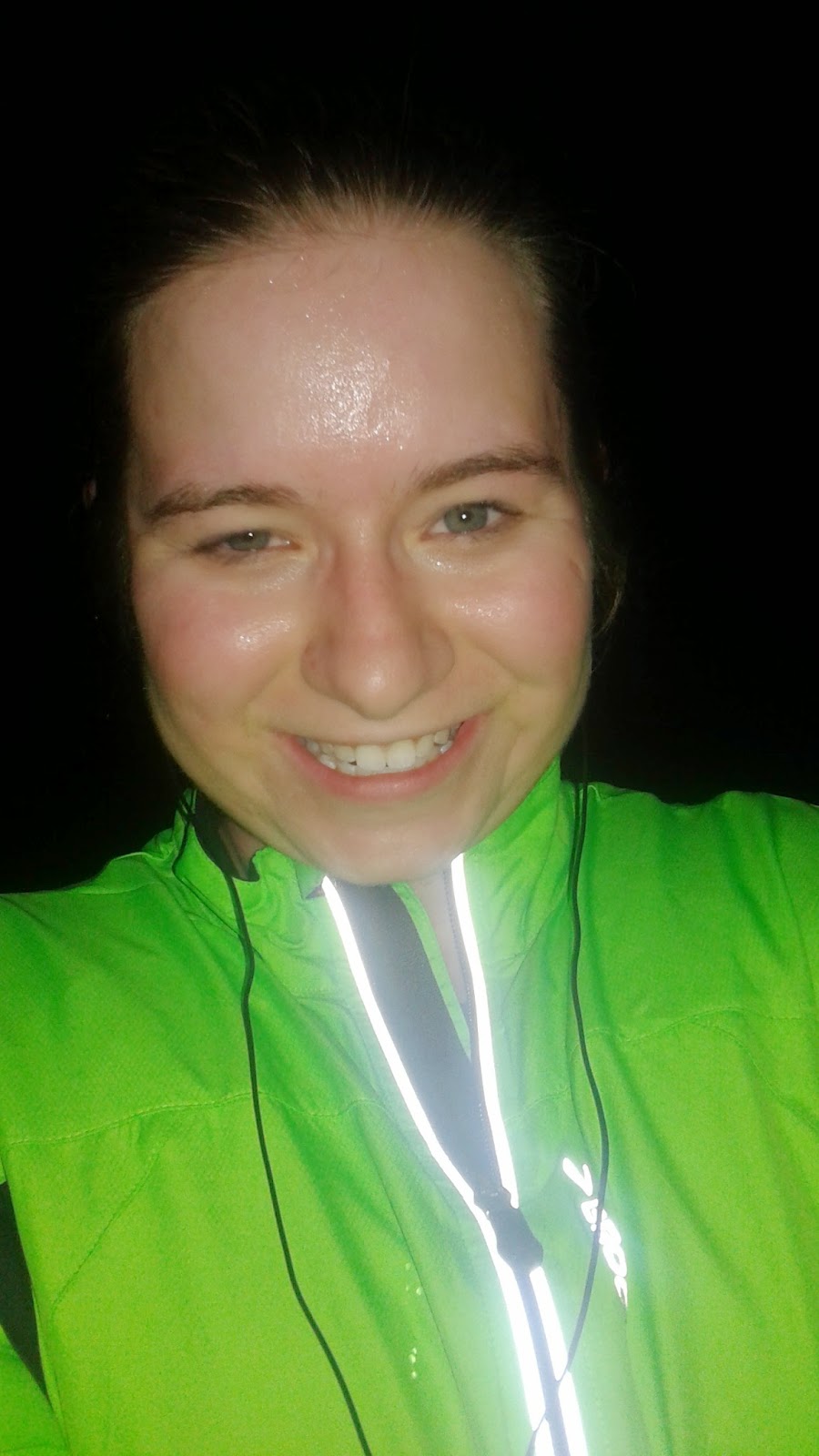 I'd blaming the reflective jacket for how shiny I look, but that'd be a lie. Those of you in any part of the country where it isn't 40 out in the evening when I run, I'm sincerely sorry. I do still get warm on my runs (for now) and I am thankful for living in Nashville! And you should have seen my first attempt at sweaty selfie: 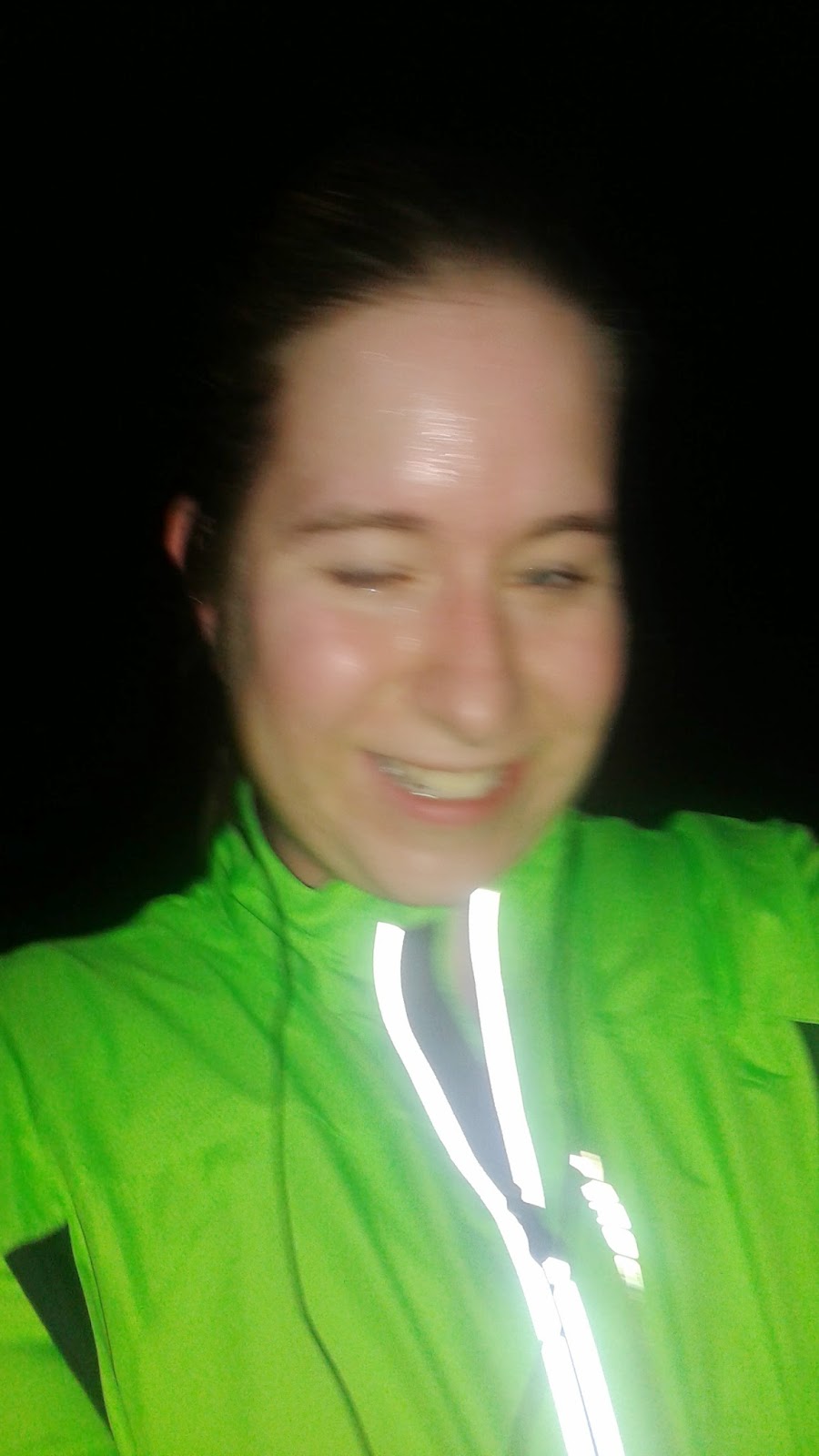 I am not, in fact, attempting to wink at you. The flash just kind of blinded me. But it was funny enough to still post. Last picture from my run, I promise: 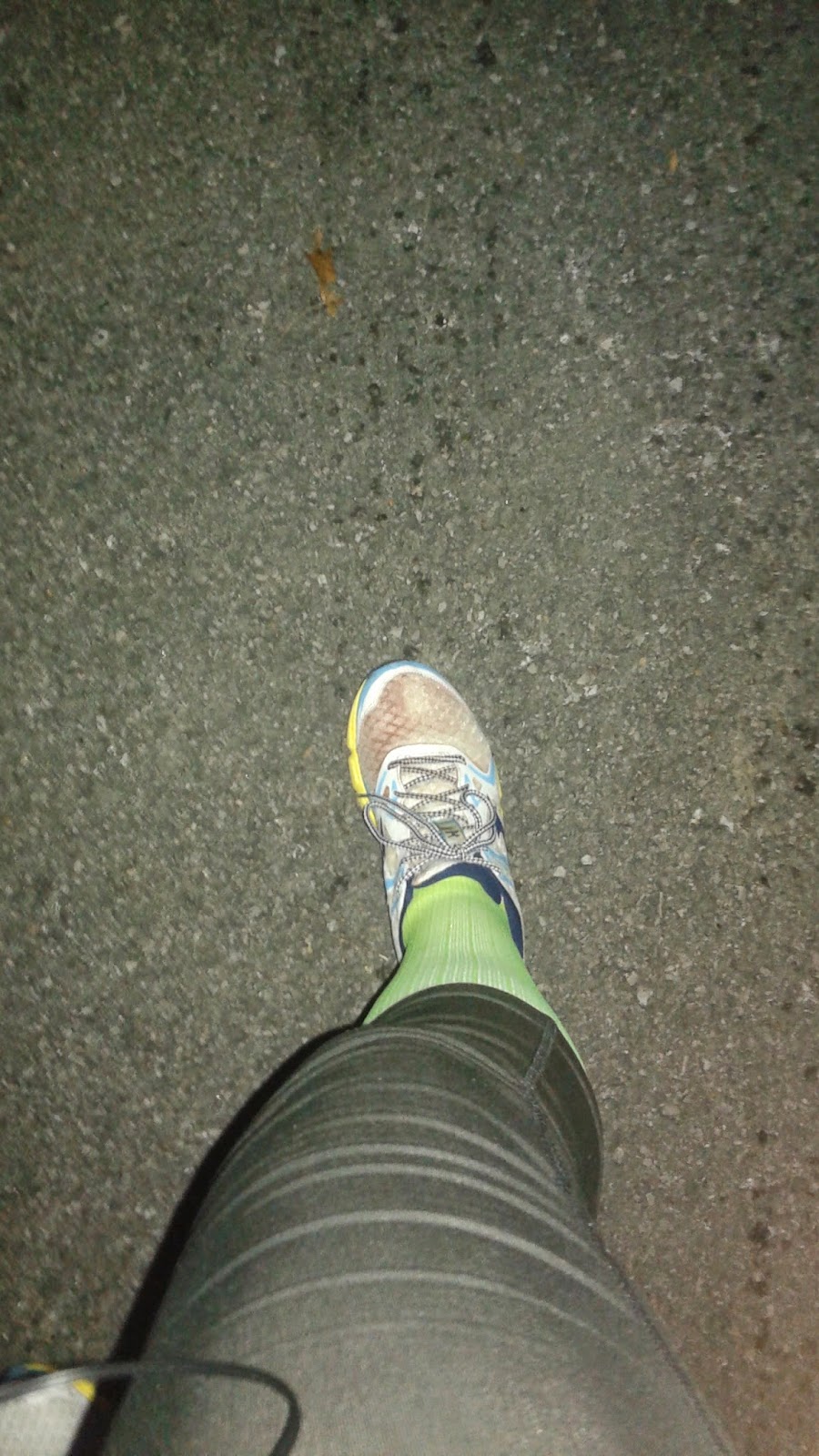 I tried to take this picture to make it look like I was still running. It just ended up making my thigh look huge. Anyway, these are my new (to me) running shoes that I was testing out. Don't worry, Blue Beauties (aka Brooks Ghost 7) are still my main shoes, but I needed something a little lighter for faster runs. Enter the Mizuno Wave Hitogami. I really liked them when I ran in them last night and I'm excited to be able to rotate shoes. The only thing that made that possible is because I found them super cheap. As I mentioned in Running on the Cheap, I have recently discovered Ebay for running gear. I got these on there for around $35. I'd like to give a shout out to the seller because they were wonderful and have lots of cheap shoes for runners. Valuedoc sold these on the cheap because they had a stain on them. Hey y'all, Christmas is coming and the runner in your life (or yourself) could surely use shoes!

And just because I can't stop putting this on him, here another picture of Santa Wrigley for you: 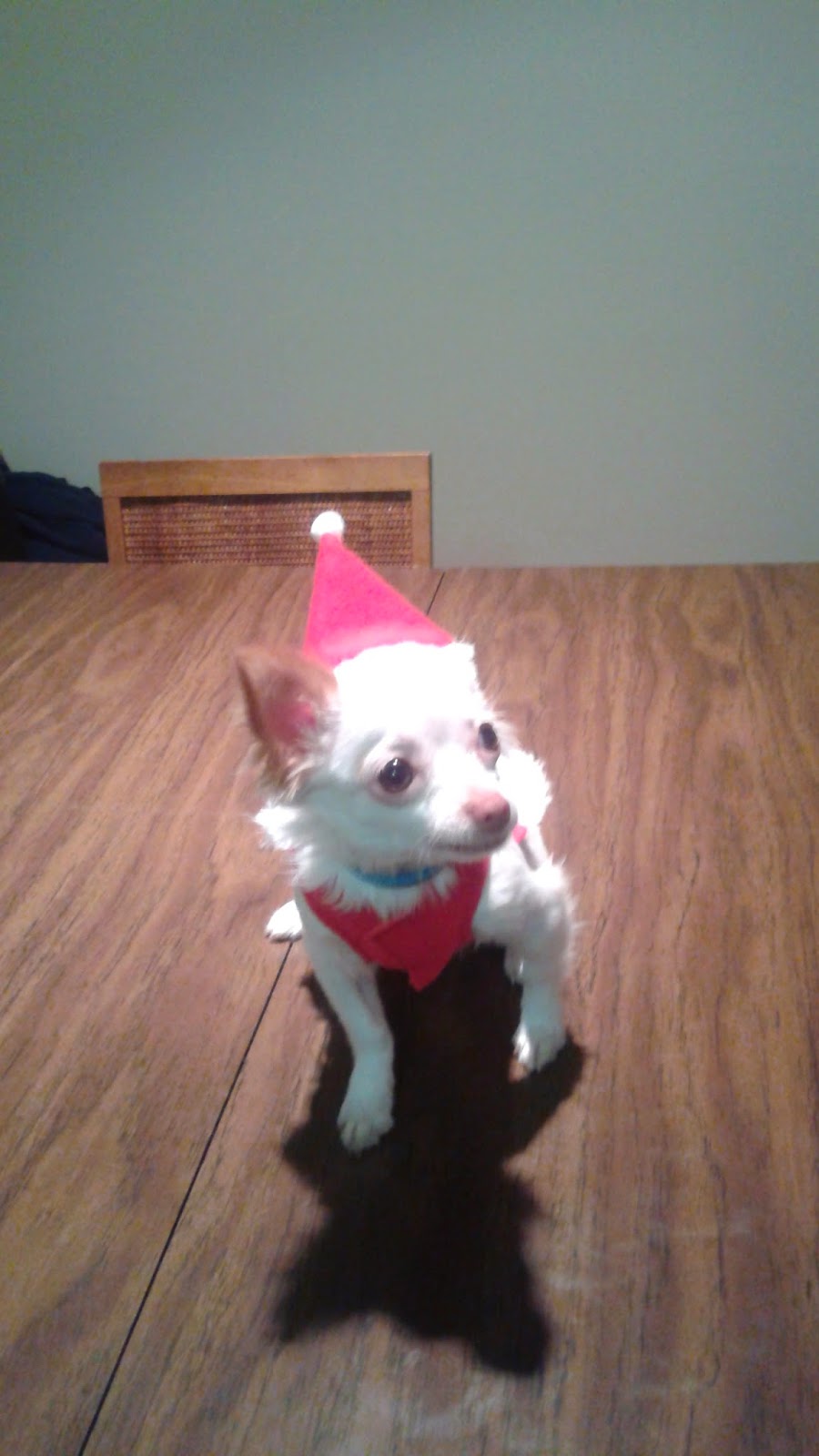