Before getting to the actual post, I've seen this on several other blogs and have taken advantage of it myself. ProCompression has their Grab Bag deal where you can get three marathon socks for $65. On top of that, if you use coupon code "2014" you get 42% off. Therefore, you can get three marathon socks for $37. Here's the link: http://procompression.com/marathon-GB3/ just thought I'd pass it along!


Rachel Runs Music City was not running Music City, but I was enjoying it yesterday! We found free tickets to the American Country Countdown Awards because they needed "filler". So here's some highlights:

Here's the husband and I before the show. We started out several rows back from the stage, but I worked my way up to about two rows out. We were a lot closer than any of the pictures look which is really cool. 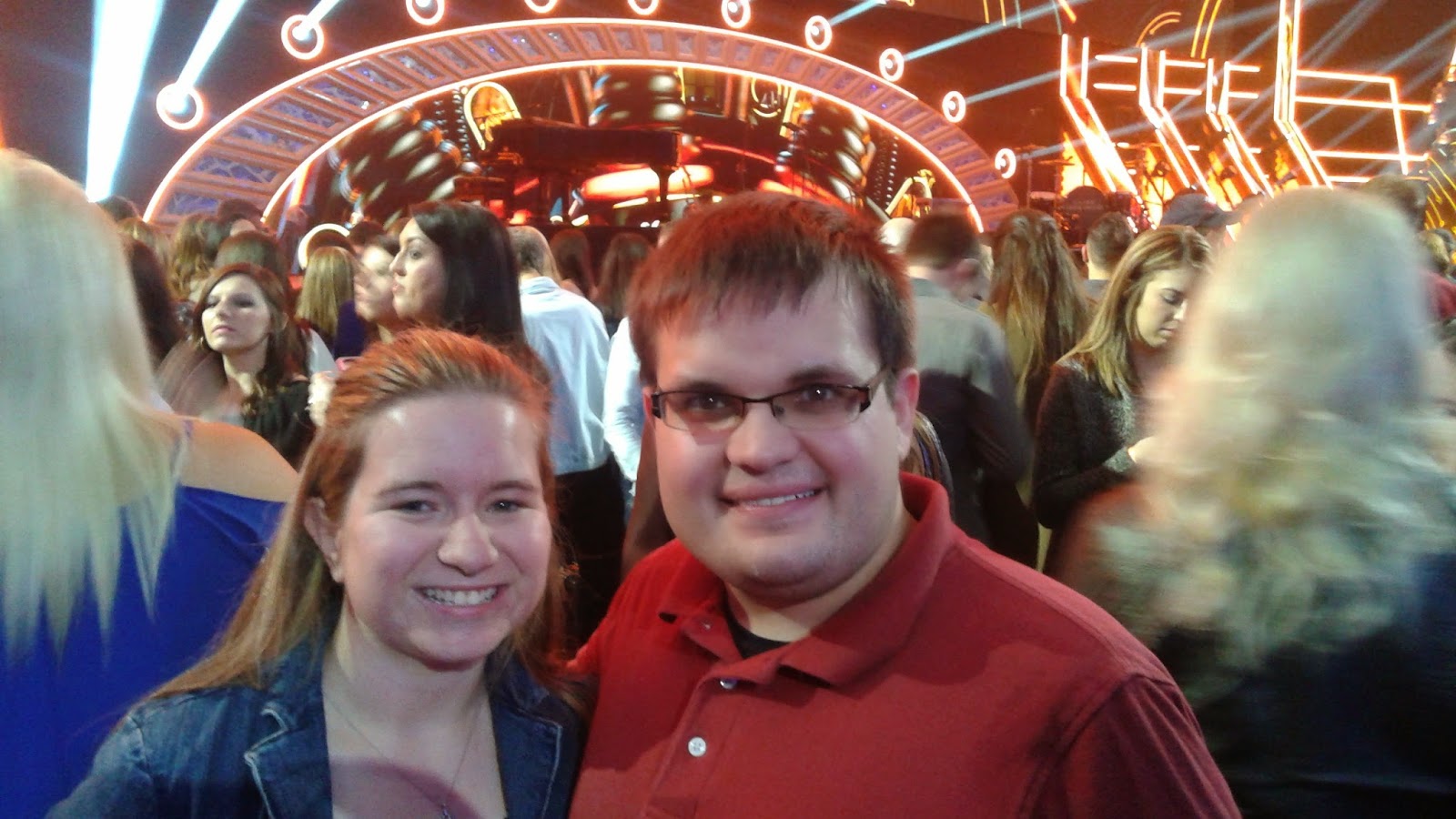 Carrie Underwood opened the show and she was spectacular! I mean that woman is seriously preggers and she was belting it! Fantastic. 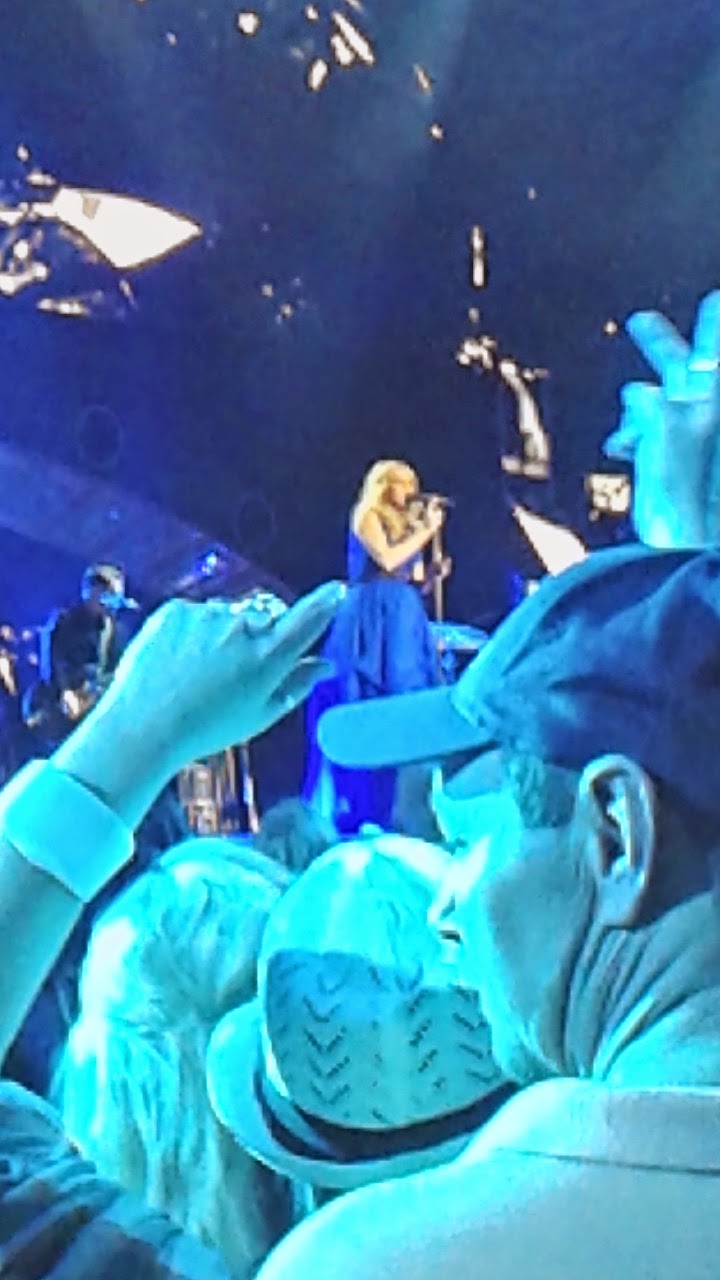 Luke Bryan. His teeth are sooooo white. Oh, and he sings good too. 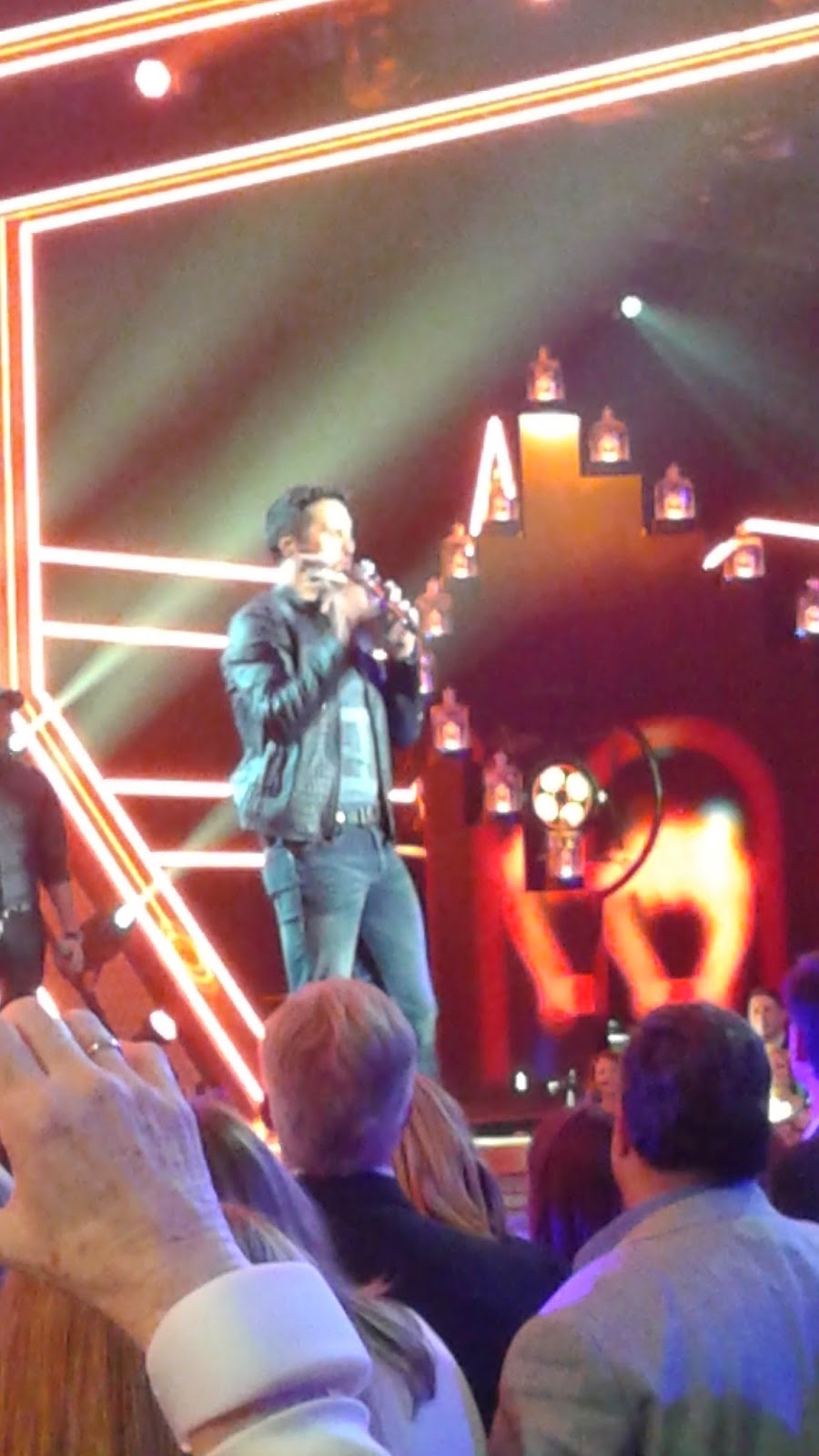 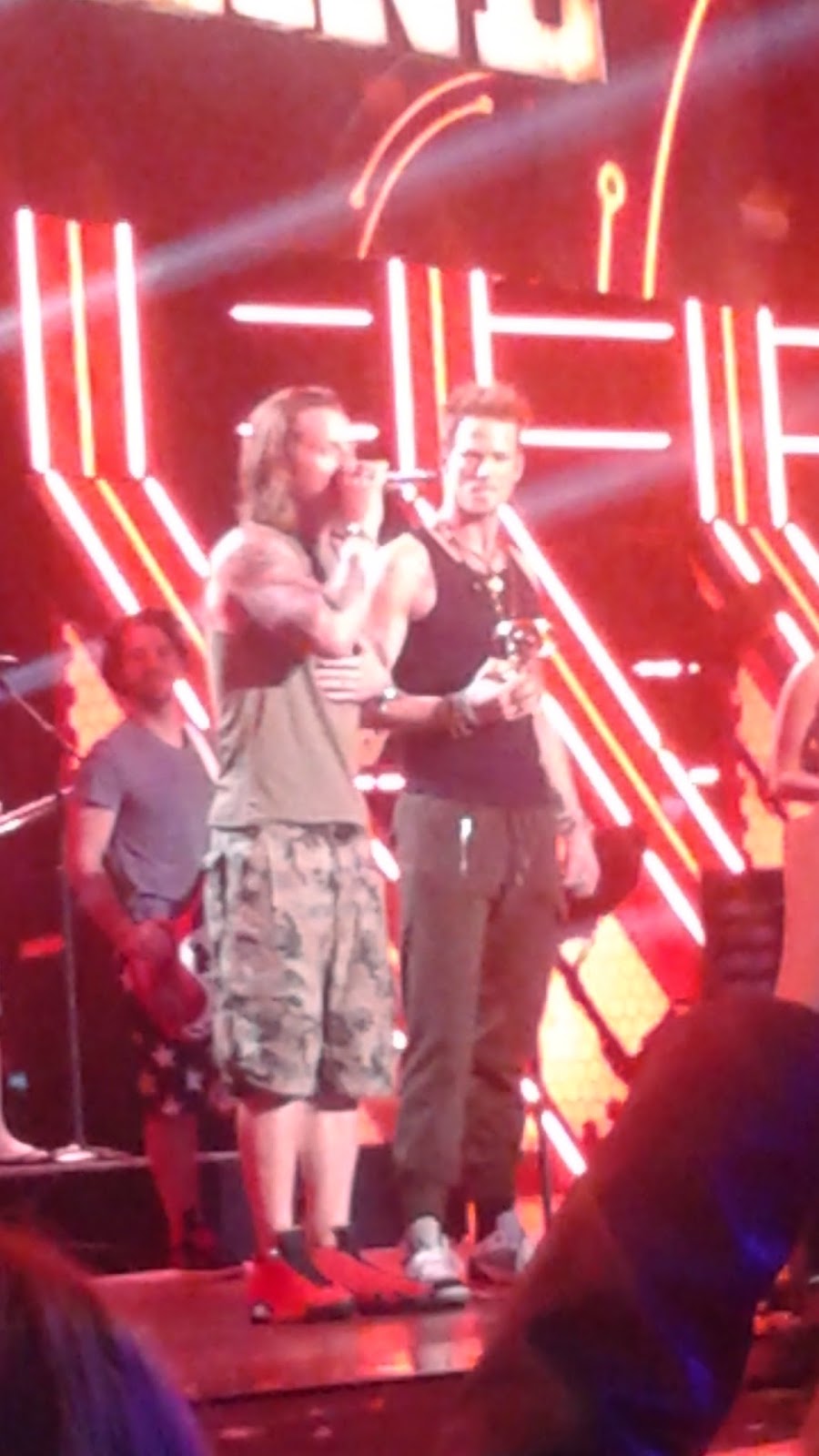 Miranda Lambert. I have to admit that I haven't always been her biggest fan, but she has been growing on me! (Not literally, she's tiny) 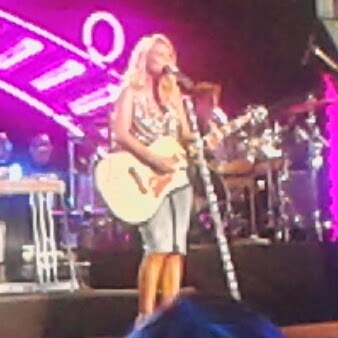 So, um, this happened. Florida Georgia Line did a bit from the audience. Right behind us. So I took a creepy pic. 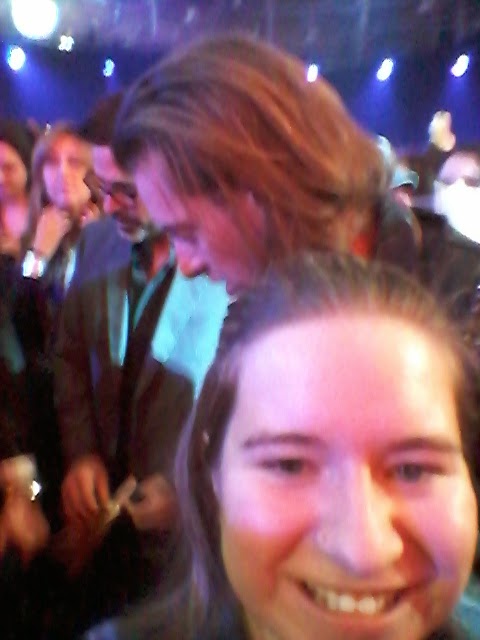 This was the performance honoring Reba. Miranda, Reba, and Kelly Clarkson on one stage. So much country estrogen! 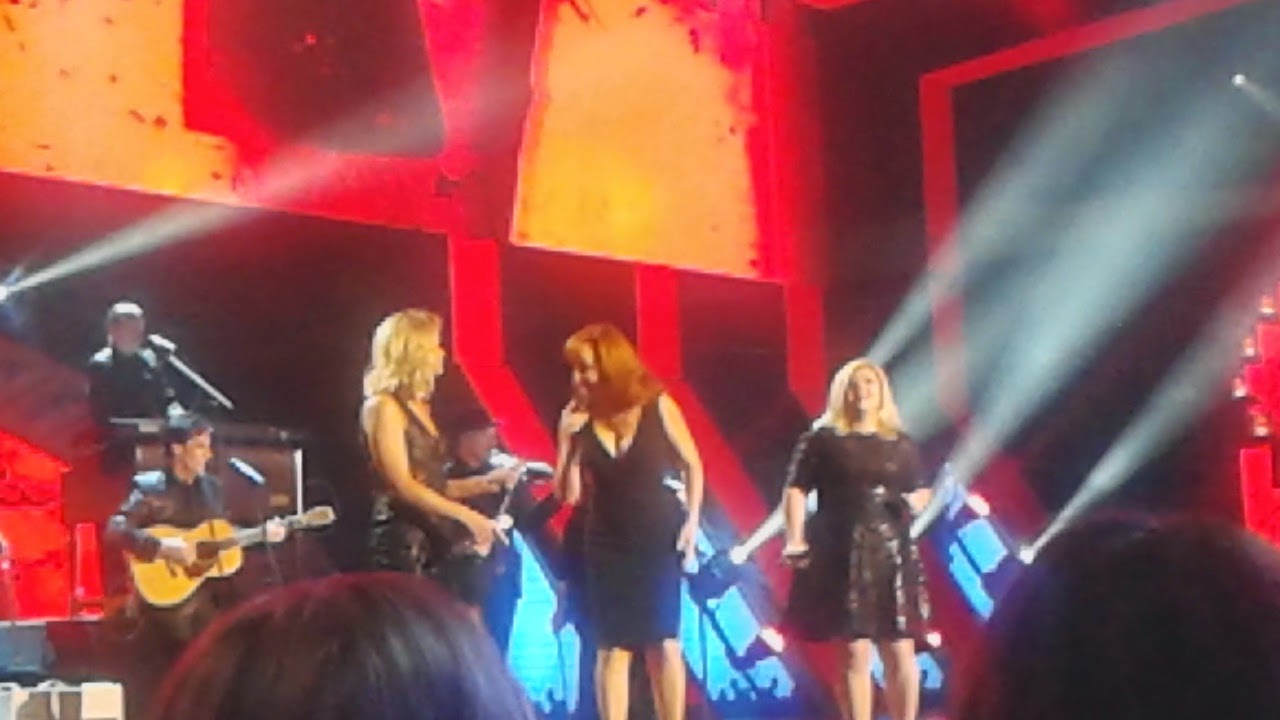 All the celebrities sat a couple rows behind us. You can see their heads in this shot. 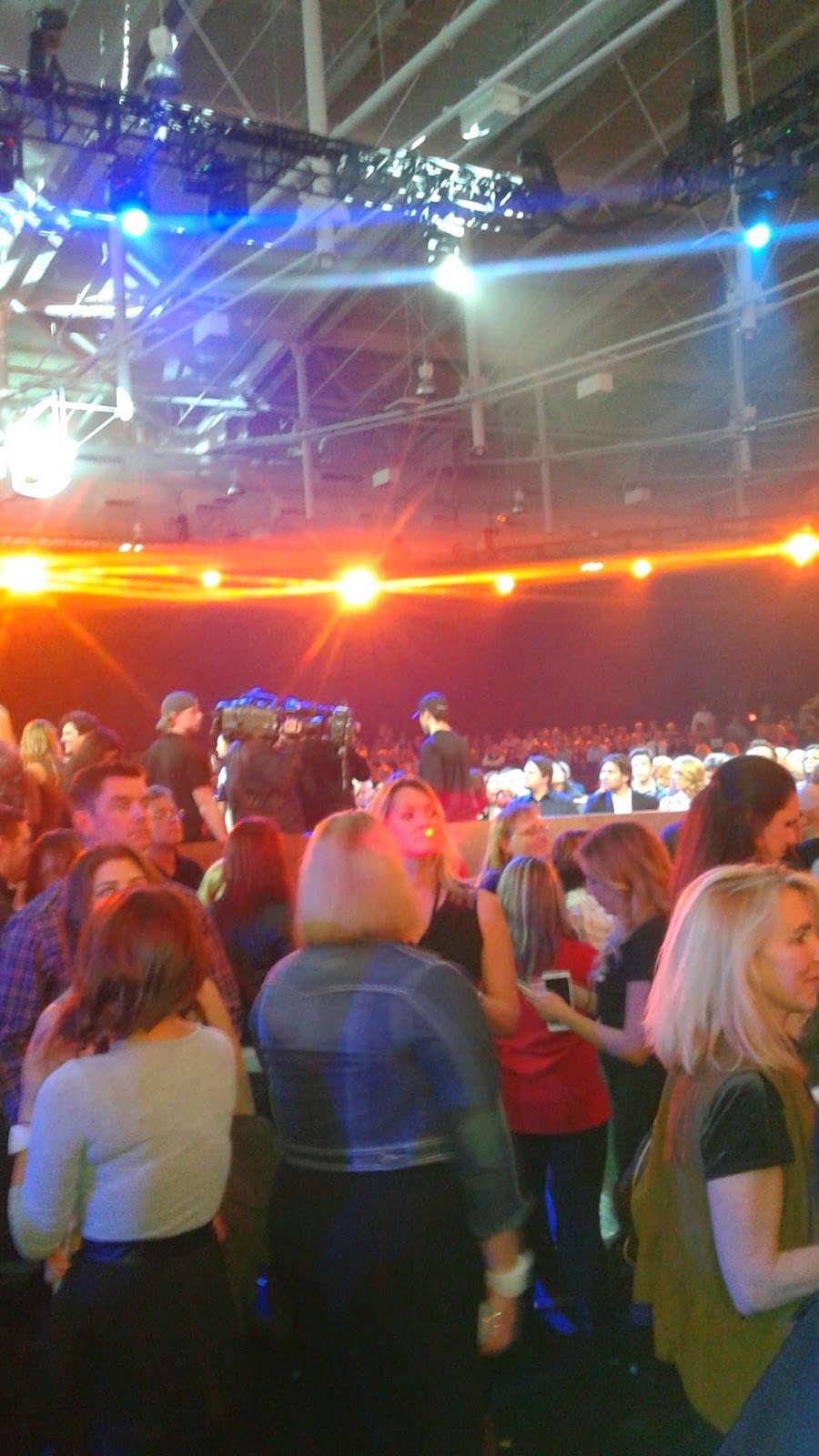 Brett Eldredge "Beat of the Music" 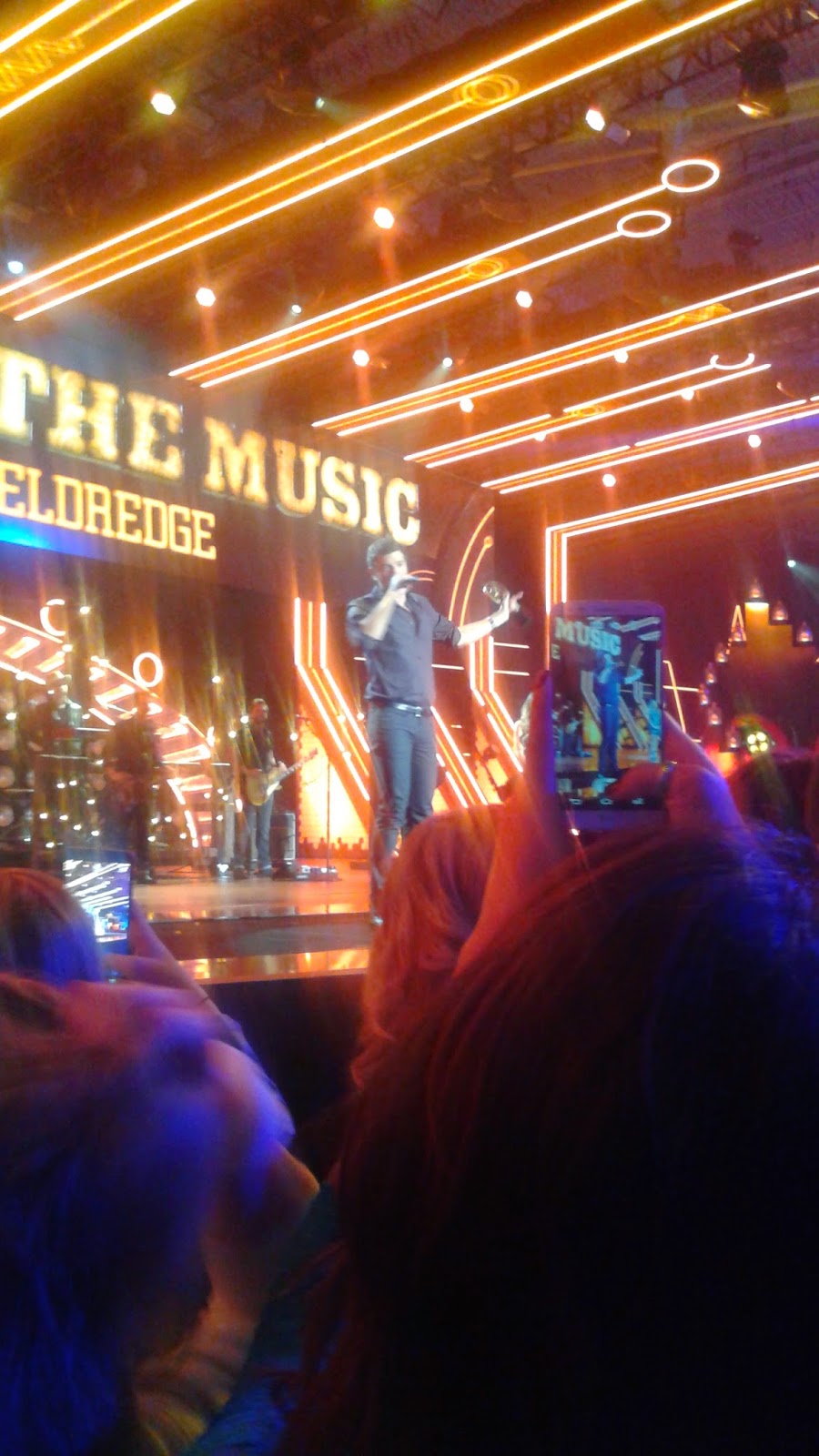 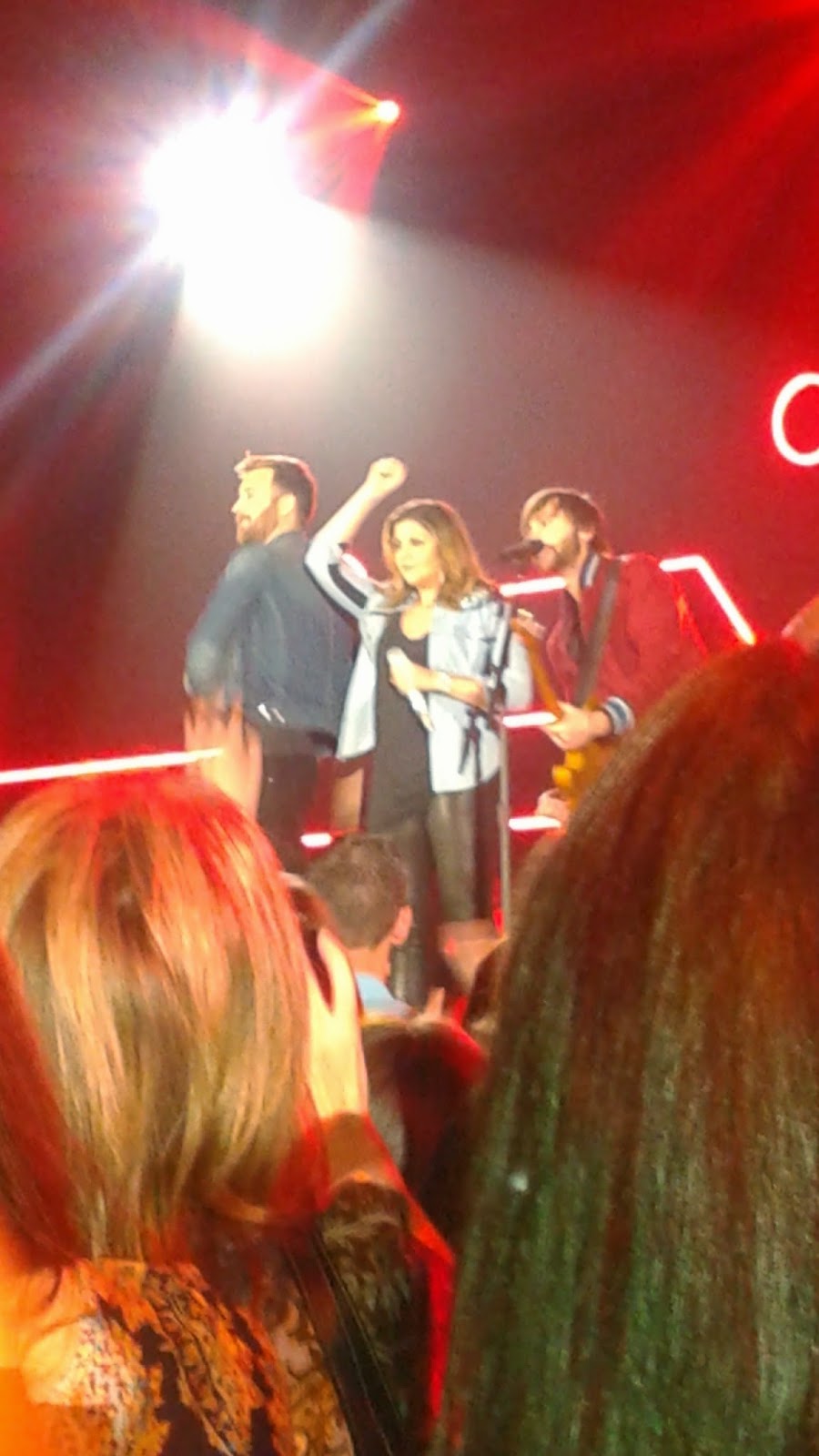 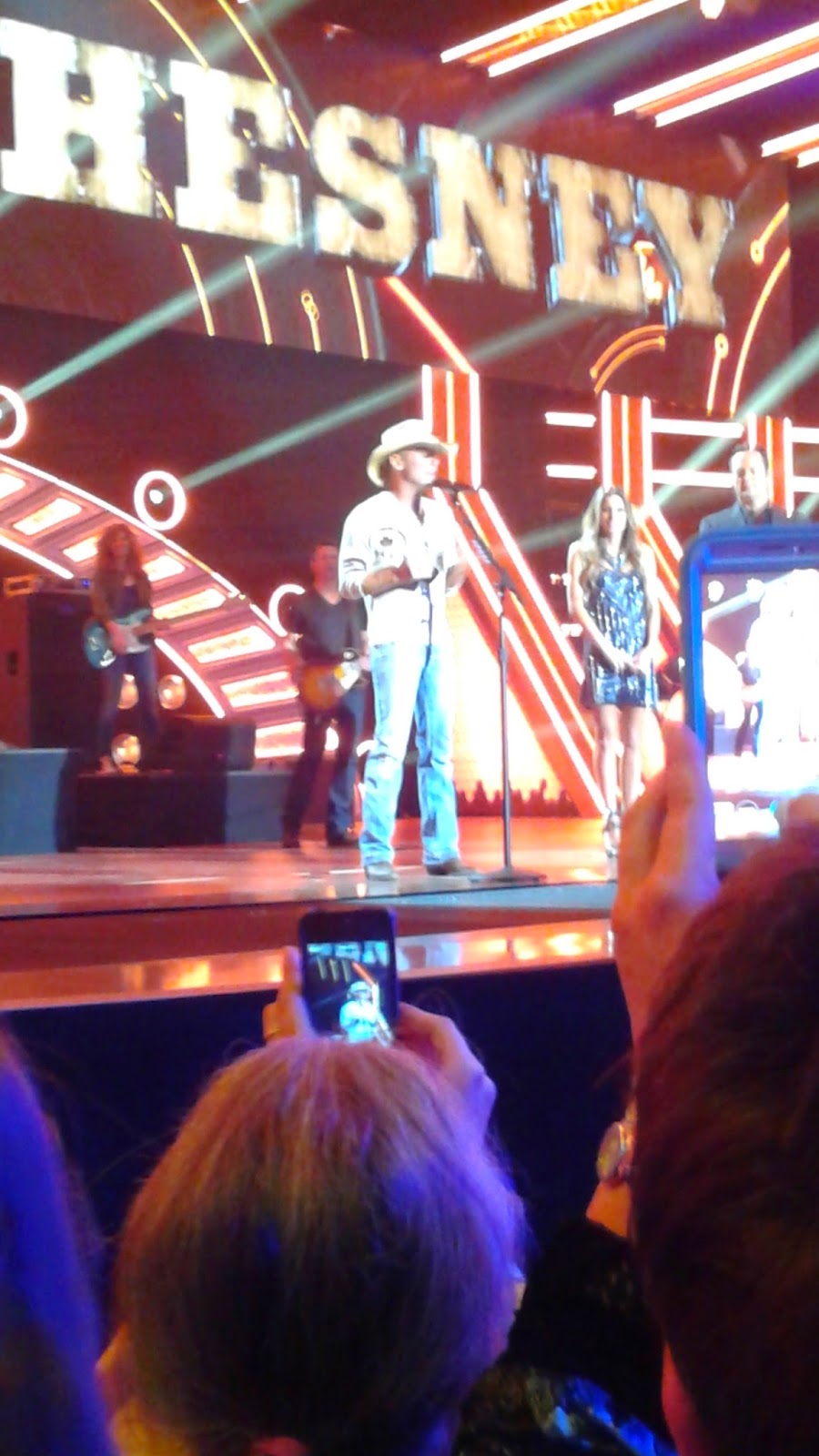 Jason Aldean. He killed it! 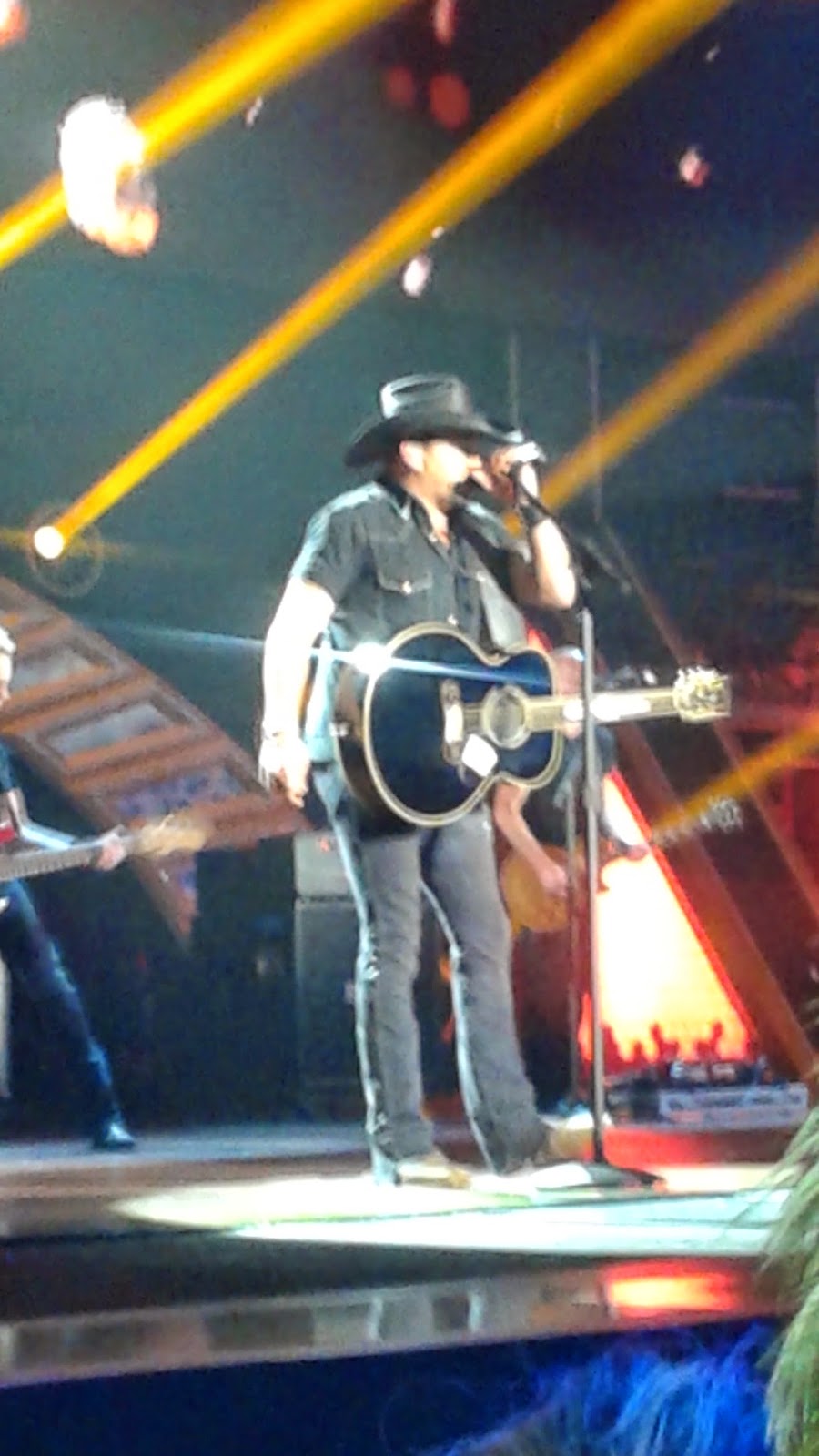 And finally, Hank Williams Jr closed out the show 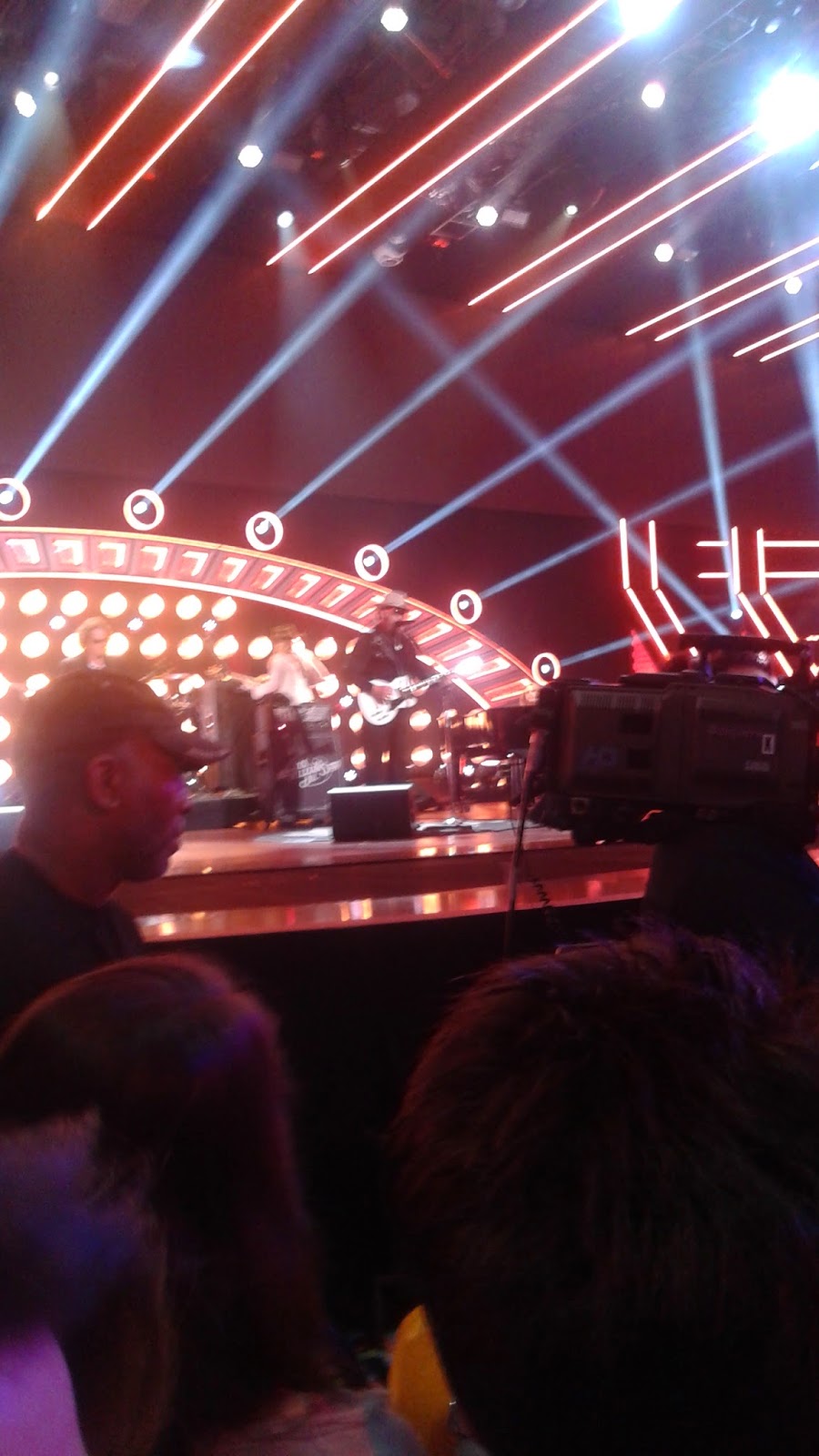 I can't claim to be a huge country music fan, but this was a very fun night! It was very down-to-earth and real.
I know this isn't what you'd expect from a running blog, but I'm a runner and I went so deal with it. And speaking of running, I didn't do that yesterday. Sorry blog readers. But I am going to hip hop cycle and a strength session tonight on very tired legs after standing for two+ hours. So that's gotta count for something right? :)